NASA’s MAVEN spacecraft has begun its journey to Mars following its launch atop the United Launch Alliance (ULA) Atlas V rocket. Liftoff from Cape Canaveral’s Space Launch Complex 41 (SLC-41) occurred at 1:28, at the start of what was a two-hour window.

The Mars Atmosphere and Volatile Evolution, or MAVEN, spacecraft is the second and final mission in NASA’s Mars Scout program.

It will be placed into orbit around Mars, from where it is expected to study the planet’s atmosphere. 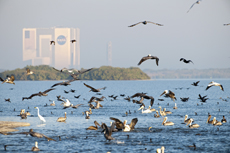 VIEW THE LAUNCH IN PERSON

All expendable vehicles launched in Central Florida begin their journeys on the launch pads of Cape Canaveral Air Force Station, located next door to Kennedy Space Center. Launch Transportation Tickets are available for some, but not all of these launches.

For additional information about visiting Kennedy Space Center to see the launch, please view their website. 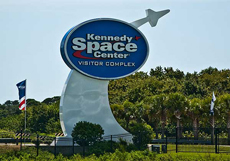 NOTE: Mariners and pilots can learn about launch hazard areas and restrictions by calling 1-800-470-7232. The United States Coast Guard broadcasts this information on Marine Band Channel 16.