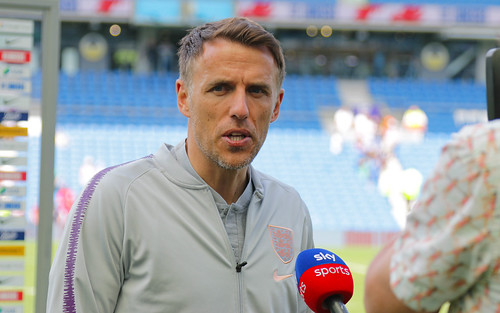 There’s an old saying in England about jobs for the boys, but Inter Miami president David Beckham isn’t just appointing old Manchester United teammate Phil Neville as the new head coach of the franchise because they are buddies.

Neville has worked with both the England men’s youth and women’s senior national teams, steering the Lionesses to the SheBelieves Cup in 2019. That tournament was held stateside, also featuring Brazil and Japan, so he has already had some success taking a team to America and winning a trophy.

The MLS is different to international soccer, though. It’s where US players like Brek Shea rub shoulders with more famous names like Blaise Matuidi and Gonzalo Higuain.

They do all have something in common though as all three played in Europe, with Shea starting his time abroad with then English side Stoke City, who are now surprise packages for promotion according to the 2021 English Championship odds,

Inter Miami finished tenth in the Eastern Conference and 19th in the overall standings during their inaugural season, losing in the preliminary round of the MLS playoffs, so there is room for improvement.

The Herons made some statement signings to show their intentions too with the aforementioned Matuidi and Higuain. Beckham was actually the reason behind Higuain joining the club so his star power is already starting to have a positive influence.

The duo of Matuidi and Argentina striker Higuain are serial winners, and enjoyed previous league championship successes in Italy together, as well as France and Spain respectively. Beckham has always meant business and these marquee names are proof of that.

A winning mentality is something incoming head coach Neville shares in kind with his superstar players. During his own career on the pitch, he won six English Premier League titles, three FA Cups and, of course, the famous European Treble capped by UEFA Champions League glory back in 1999.

That is over 20 years ago now, though, so the near future is about what Neville can do to ensure that Inter Miami builds on its foundation. Besides globally recognized soccer stars, he will be coaching the likes of Mexico international Rodolfo Pizarro and Canada’s Jay Chapman.

There are nine members of the Herons’ first-team roster from Latin American countries, which is as many homegrown players and US natives that Neville can pick from. Other than a short spell assisting older brother Gary during his struggles at Valencia, he hasn’t got much experience of coaching such a diverse set of players.

As his sibling found out to his cost at the Mestalla, messages can be lost in translation. This Neville is not the other, though, and was prepared to broaden his horizons by leaving boyhood club Manchester United for Everton aged 28, where he spent eight seasons and became captain.

Inter Miami only won seven MLS matches under predecessor Diego Alonso, so the new coach should be looking to do better than that. Watch this space – the Herons might just kick things up a notch under Neville.